In his lifetime, Leonardo da Vinci devoted himself to art, science and technology. It was no exception that one conditioned the other. The exhibition at the Technical Museum in Brno focuses mainly on his technical inventions. It is known, for example, that Leonardo made detailed studies of birds based on his observations and then designed plans for flying machines based on them. His diaries also contain military inventions, everyday objects (calculator, drill) and much more. The exhibition, entitled Leonardo da Vinci’s Machines, offers a selection of more than fifty models of da Vinci’s machines, created by Italian craftsmen exactly according to his plans and designs. Visitors can test the functionality of some of them (e.g. hoist, ball bearing, flywheel, mirror chamber), while other machines can be viewed up close. These include, for example, a slewing crane, a steam cannon, a self-propelled carriage (automobile). In addition to these models, the exhibition also offers reproductions of famous da Vinci paintings such as the Mona Lisa, The Last Supper, The Lady with the Prism and others. All this will be complemented by information panels and audiovisual projections.

The exhibition is organized by the Technical Museum in Brno in cooperation with the ARANEUS production company.

Photo from the exhibition, ©Technical Museum in Brno 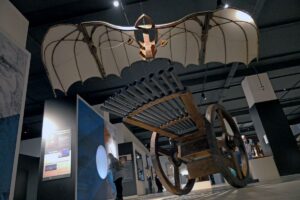 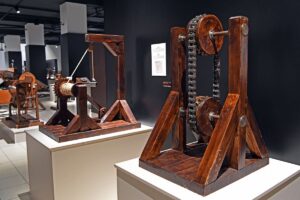 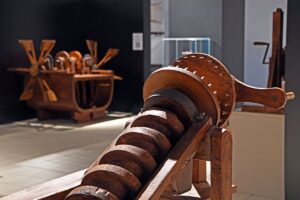 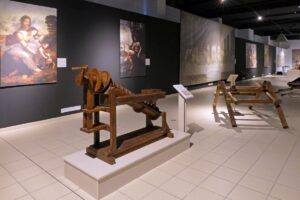 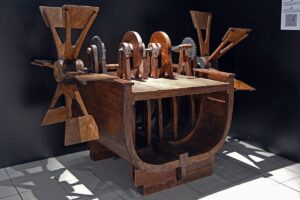 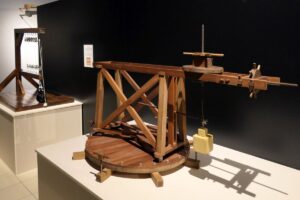 The aim of the project is to present the best of what has emerged in the field of student design over the last three years across different schools, and at the same time to confront student work from different countries.

The biennial is designed for all students of design and related disciplines. Recent graduates can also take part. The only condition is that the work was created during the course of study, however, it must not be older than three years.

Selected works will be exhibited at the student design show. The best works will be awarded by an expert jury or business representatives.

You can send your application via an electronic application form by March 16, 2018 at the latest. The exhibition presents historical development of enamelling and a whole range of enamelling techniques, its variability and ability to adapt to the actual trends of the given period and culture. Various enamelled objects will be on display, ranging from small archaeological findings, through jewelry up to liturgical objects and coronation regalia. The second part of the exhibition focuses on technical usage of enamelling like e. g. household utensils or the industrial use of enamel.

The exhibition also shows restoration of historical objects decorated with enamel and also presents works of contemporary artists. It also includes an interactive part for both children and adults.

Only during the first month of the exhibition, i.e. from August 31 till November 30, 2017, the replica of the crown of the Holy Roman Empire will be on display.

The museum prepared the exhibition in cooperation not only with a lot of local institutions (museums, galeries, producer of enamelled products) but also with foreign ones, e.g. British Museum, Victoria & Albert Museum, Museum Cyprus, Kunsthistorishes Museum Wien.

The exhibition is held under the auspices of the Minister of Culture Mr. Daniel Herman.